We are very excited to announce that our very talented Early Education Program (EEP) kids in Townsville have been selected as runner-up prize winners of the RACQ Storybook Competition, winning themselves 24 books and becoming published authors!

After recently learning about the ocean and visiting Reef HQ Aquarium in Townsville on an excursion, our EEP kids were inspired to create an illustration and write a story titled ‘Helen and the Helicopter to the Rescue’.

The story was submitted to a panel of judges who have since selected it to be published in the RACQ Story Book – a collection of short stories written and illustrated by Queensland students!

Karie Nixon, Act for Kids Specialist Early Education Assistant, said the EEP kids cheered with excitement when she told them they had won a prize for their story.

“The kids were so excited! When we reread the story, they each proudly pointed out the parts of the illustration they had created.

“We are extremely proud of these children, especially knowing that children who come to us can sometimes find it difficult to access higher order thinking skills, such as imagination,” she said.

It will be another proud moment when the kids each have a copy of the book with their story inside to show everyone how clever they are.

If you would like to read ‘Helen and the Helicopter to the Rescue’, please see below! 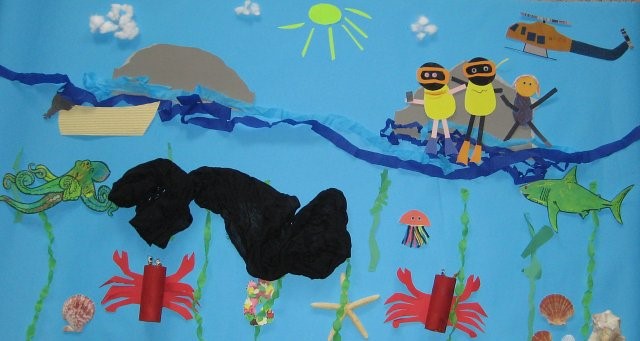 Helen and the Helicopter to the Rescue

Mr and Mrs Diver came to Picnic Island in their boat.

They were diving when they saw an octopus. They went near the octopus. It got angry that they were in its’ personal space and it squirted ink everywhere.

The ink clouded the water and the Divers swam the wrong way because they couldn’t see where they were going.

They had swum to Shark Island. A shark came. Mr Diver saw the shark’s big teeth. He was scared, but Mrs Diver was brave.

She rang helicopter Helen from RACQ on her waterproof phone. “There’s a shark in the water so we can’t swim to our boat.